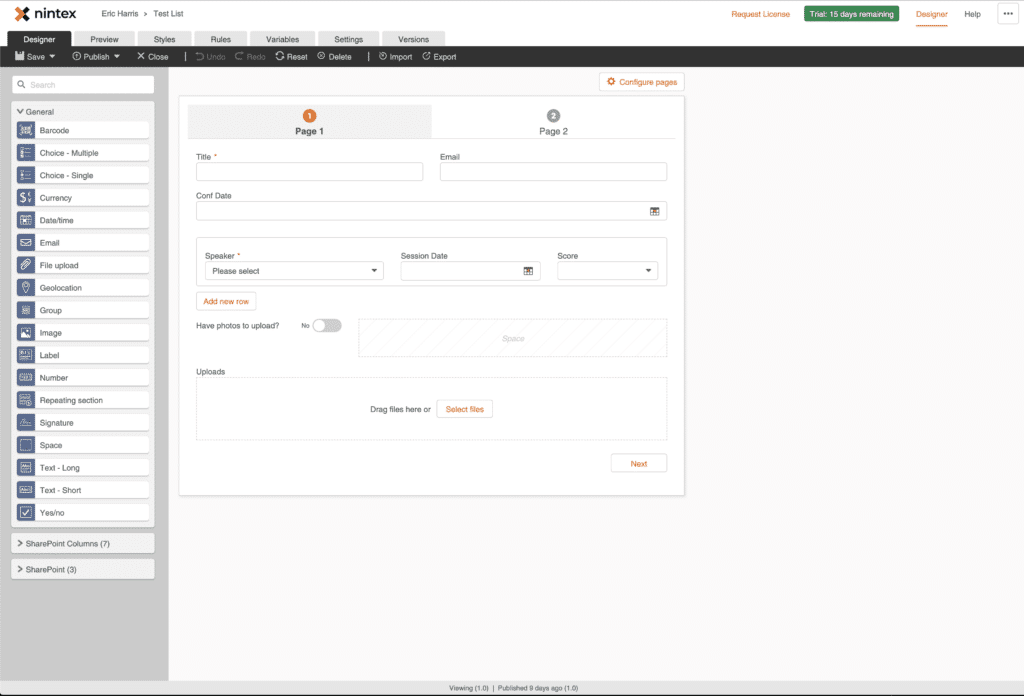 Nintex is excited to announce the release of a new forms designer within the Nintex Process Platform. Now users across Office 365 and Nintex Workflow Cloud can design forms using the same easy-to-use yet powerful and flexible designer to create forms. This is a completely new forms designer – built from the ground up and focused on performance, usability, and flexibility. This will be our new engine going forward for Nintex Workflow Cloud, Office365, and SharePoint.

Videos about some of the changes:

So where can I learn about the new platform?